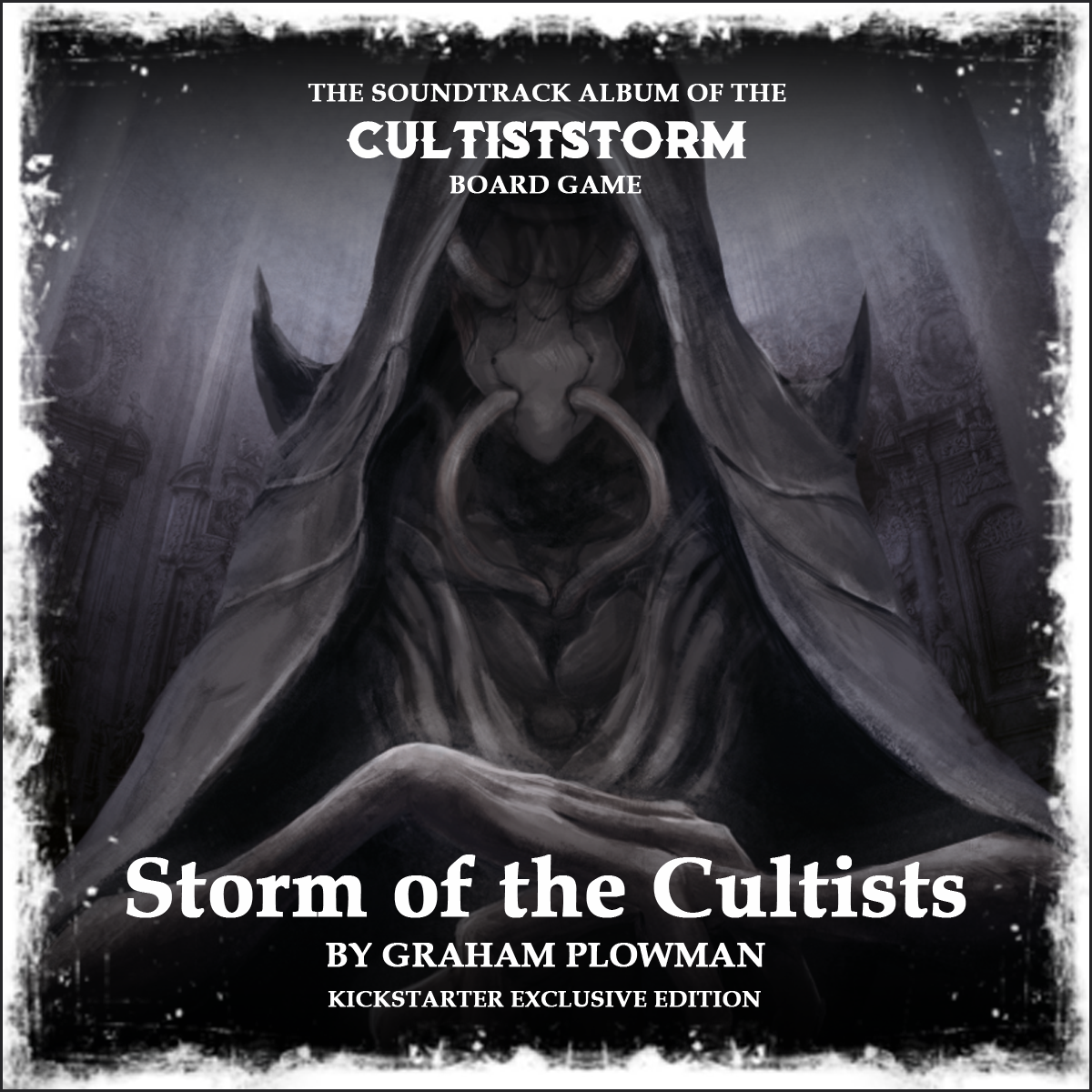 LISTEN TO A SAMPLE

Before you start reading this page, start the music, turn up the volume  and let Graham Plowman’s fantastic soundtrack transport you into the universe of Cultistorm. 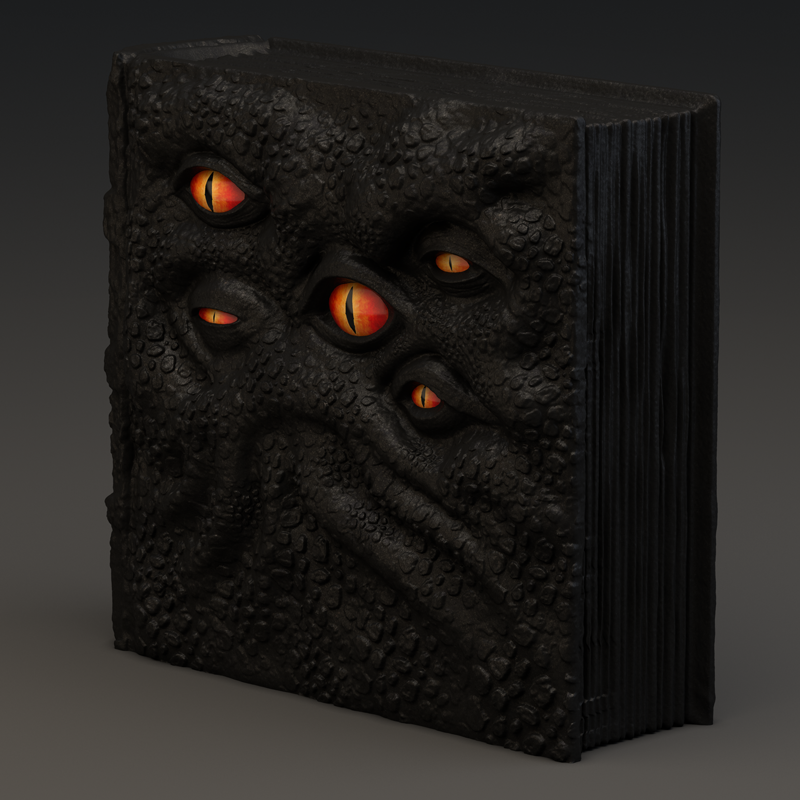 We have given it a lot of thought and decided that we are not going to do a “low-cost” version of Cultistorm. There will be only one level in the campaign and it will include the following:

2.) “BEHIND THE SCENES” – OVERLORD EXPANSION

3.) “THE STORM OF CULTISTS” – CAMPAIGN EXPANSION

Originally we have intended this expansion to be a Stretch Goal, however we would like to compensate you for the long waiting time and honour your loyalty and patience, so we have added this campaign expansion to the base game. If Cultistorm later becomes available in retail, this expansion will be available to be bought separately, so it is only during the Kickstarter campaign that it is part of the base game!

For a long time we have intended this to be a sort of ultimate Stretch Goal, but we have managed to find a solution both technically and financially to make it the default packaging of the base game.

The box contains plastic inserts, which allow you to organise everything (Stretch Goals and expansions included) in a practical way, even with sleeved cards.

The price of the ALL-IN PLEDGE is 139 USD during the Kickstarter Campaign. 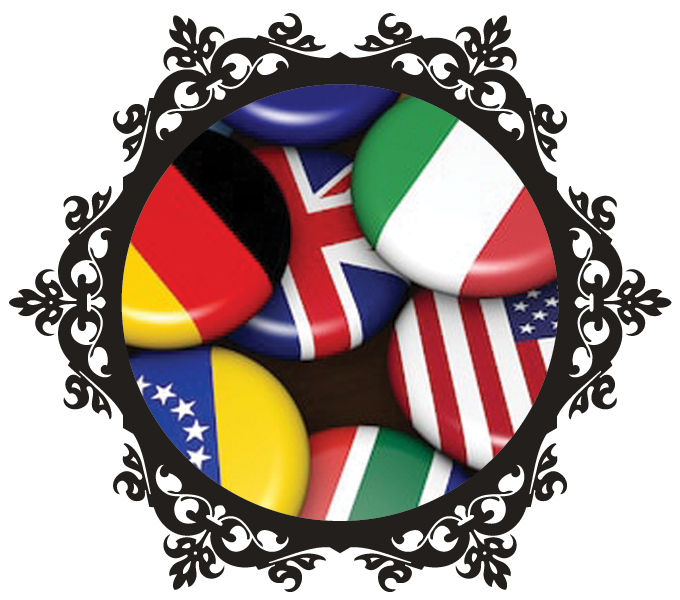 Since Cultistorm is a heavily language dependent project,  we’ve decided to thoroughly revise our campaign strategy as far as languages go.

At the moment we are working on the preparation of the game and the campaign in the following languages:

If we have 500 BACKERS from a given language area:
– we translate the language dependent elements of the game ( boards, cards, rule books and explanations), and we’ll make it available in the Pledge Manager after the campaign as a paying add on.

If we have 1000 BACKERS from a given language area:
– we’ll translate the Script Book and the short story collection too.
It will also be a paying add on in the Pledge Manager – but you only need to pay the production cost.

If we have 1500 BACKERS from a given language area:
– Cultistorm will be available on this language as part of the Cultistorm – for free! After the campaign every backer will be able to choose in what (available) language they would like to receive their Cultistorm package.

Please help us, in order to reach as many board game and Lovecraft fans as possible in their own languages as well so that our project reaches more people even in their mother tongue! Talk about us, share our website and Facebook page, tell our communities about us, so that we can reach the necessary backer number for the language packages! 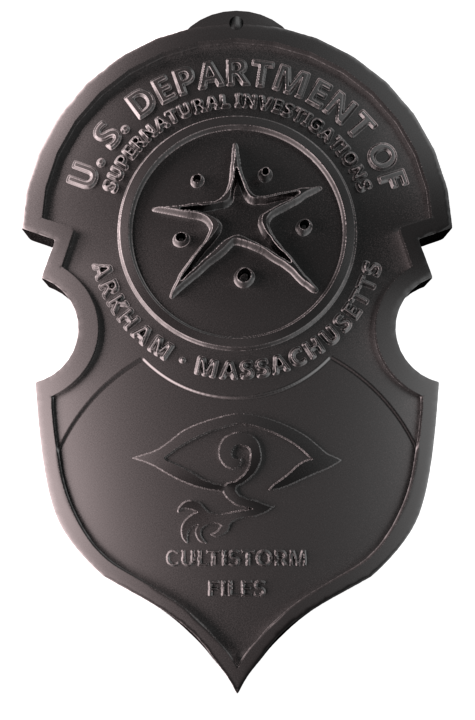 We’ve come up with a very cool Early Bird present for those who join and back us on our Kickstarter page in the first 72 hours of the campaign.

We’ve made a metal investigator badge that we have already shown to those who came to see us in Essen – everybody found it great because it has a nice touch and weight, it has an antique feel and it is really cool. You can wear it around your neck or if you prefer you can use the magnet in the back to fix it on your clothes or you can put it in your wallet.

Every Early Bird backer receives a badge as a gift. If someone joins later than the first three days they can add the badge (and if they wish the dice tower along with the special cultist card set) later in the Pledge Manager, but in this case they will need to pay for it.

As we have promised, we’re going to make the list of Stretch Goals: modules and expansions public before the start of the campaign.

If we manage to reach every Stretch Goal, you’ll receive more than 1000 cards, almost 40 miniatures, and 300+ further game elements which also contain all the nine expansion modules.

WE WOULD LIKE TO GIVE YOU EVERYTHING WITHOUT EXTRA COSTS!

During the campaign of Cultistorm there won’t be any new paying expansion boxes announced, we won’t raise the price of the pledge. If we don’t manage to reach all the Stretch Goals by the end of the campaign, we’ll do our best to make these later available

The founding goal of the campaign is 278.000 USD.
It means a minimum of 2000 backers. We know that it’s a huge amount of money, but sadly we cannot make the production of less than 2000 copies rentable since we are working with a rather high production cost. However, we didn’t want to give you a lower Founding Goal just to be able to say that the project has been founded in a day or an hour just to play with the numbers or to boast that we have surpassed our goal this many times while if we don’t reach the minimum amount, we risk the whole campaign. We need those 2000 copies because with such a huge project production is simply not rentable under this amount.

If we will achieve all Stretch Goals, these all will be in the Cultistorm pack: 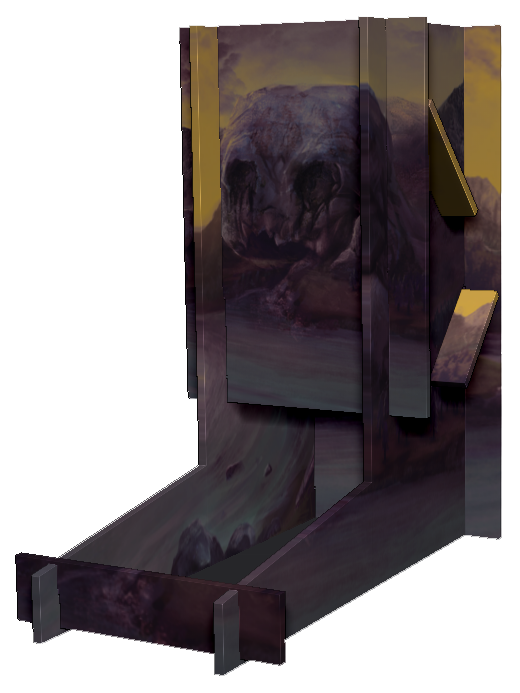 Don’t forget: our pre-campaign rages on for one more month – those who sign up on the website and back us on Kickstarter, receive a free Cultistorm dice tower and a promotional cultist deck with special cultists, Great Old One and an otherworld dimension!

If you haven’t signed up yet: