I’ve been waiting for almost three years to start the big adventure of Cultistorm, but finally our time has come! We’re happy to announce that today we’re launching the pre-campaign of our Kickstarter campaign. We’re preparing with a great game and a great campaign, with countless surprises, a lot of bonuses and exclusive content. It would be a huge help and a great honour if you joined us so that Cultistorm could reach as many people as possible. Sign up for the promotional card set and the dice tower which are exclusive bonuses for those of you who join us already during the pre-campaign. Spread the word about us, share our content and links. Last but not least, stay with us at least until you have received and tried our game, read our short story collection, listened to our Soundtrack and told us if you liked it! We’re counting on you because we’re working for you!

Join us already during the pre-campaign!

Everybody who signs up to our website during the pre-campaign and who then pledges for our project during the Kickstarter campaign, receives an exclusive, nine-card cultist set. It contains:
– seven Kingsport cultists with special actions
– the Great Old One they have summoned
– the Other World opened by the Great Old One. 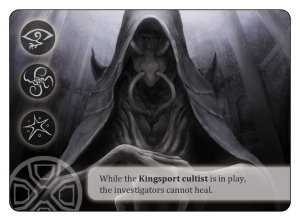 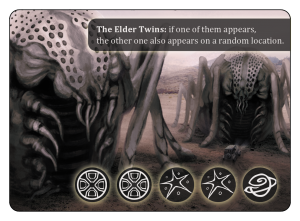 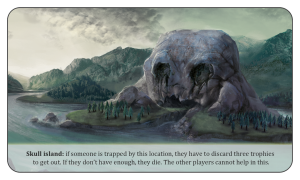 Along with the promotional card set, our pre-campaign supporters will also receive a beautiful and practical dice tower illustrated with an alternative image of the Skull Island.

These extras are only available during the pre-campaign! You won’t be able to get them from either the Kickstarter campaign or the stores.

Signing up for the pre-campaign doesn’t oblige you to anything. It is not a pre-order and it doesn’t replace a Kickstarter campaign pledge!

It’s a great help for us when we start the real campaign in September and it’s free and with exclusive gifts for you, which we offer you as a sign of our gratitude for your intention to support us.

We treat your sign-up details confidentially and we only use them to send you information about our campaign. We don’t give it out to a third party and it goes without saying that you can always choose to unsubscribe. (Although this would also mean losing the bonus features.)

We can guarantee the promotional material for those who sign up to our page until the last day of the pre-campaign and who make a full pledge to our Kickstarter campaign.