Weeks rush by and things have turned pretty intense around Cultistorm, so I’d like to give you a little summary of what has been going on.

We’re still working on the game – please don’t take our thoroughness the wrong way 😉 The game is becoming better and better with every week and it still has unharnessed potential. We’d like to give you the best possible game. We’ve been working on diminishing the role of luck and we’ve made the gameplay and the use of action cards even more creative. Our current project is creating an exciting endgame where the layers of different possibilities are not given to the players right from the beginning, but are unfolding during the game. Cultistorm will be a a very interesting mixture of very thematic American and logic and planning heavy Euro game style which is defined by strong interaction and participation. Every player will have to participate. The extensions will diversify the gaming experience in many ways and directions or to scale the difficulty.

We’ve conducted numerous test games and multiple groups are still playtesting Cultistorm across the country, We’re taking the feedback and results seriously. These will most probably influence the narrative game play as well. Originally you were supposed to read a mini short story from the Script Book whenever you encountered a cultist, but the feedback we received showed that it would be too much. Not necessarily in time, but in the density of the story. That is why we’ve modified the role of stories in the game play: one story per round will be added to the base game and their effect will be added to the Terrormeter, this way adding a narrative arch to the story.

The series of test games also revealed that the original concept of choosing locations with the help of cards wasn’t really elegant, the players feel the need of an investigator marker because it’s more practical. The wooden meeples don’t fit the style of the game, so we decided that every investigator would have a cardboard standle. We’re also going to make a Deluxe version which is going to contain miniatures. We know that there are many fans for whom minis do count, especially for such a complex game.

Although everybody agrees that the culture mission and the fan package (music, short story collection, artbook, etc.) we’ve put together is great, but many of you have asked if you have to buy all this even if you’re only interested in the boardgame. Also, we’ve decided to prepare miniatures for the investigators, so it became clear that we would need to create a Basic and a Deluxe version from the game. We’ll give you more details about where we’re going to draw the line between the two versions and what is going to be in the base game before the campaign starts.

Since we’re still perfecting the game and we’ll need time to design the minis, produce their  final prototypes and send them to the reviewers, we can only start the campaign when it’s all done. We’re going to launch it after a few weeks of intense campaigning which means that the long awaited campaign will start around April.

We already have around six hundred pre registrations, we’re very grateful to you and we’d like to thank you for all your kind words and feedback. It’s a great feeling to know that you’re out there waiting for Cultistorm and we’d like to earn your trust by giving you a great game and a real Lovecraftian experience package.

May the great  Cthulhu guard your dreams while you’re waiting his awakening. 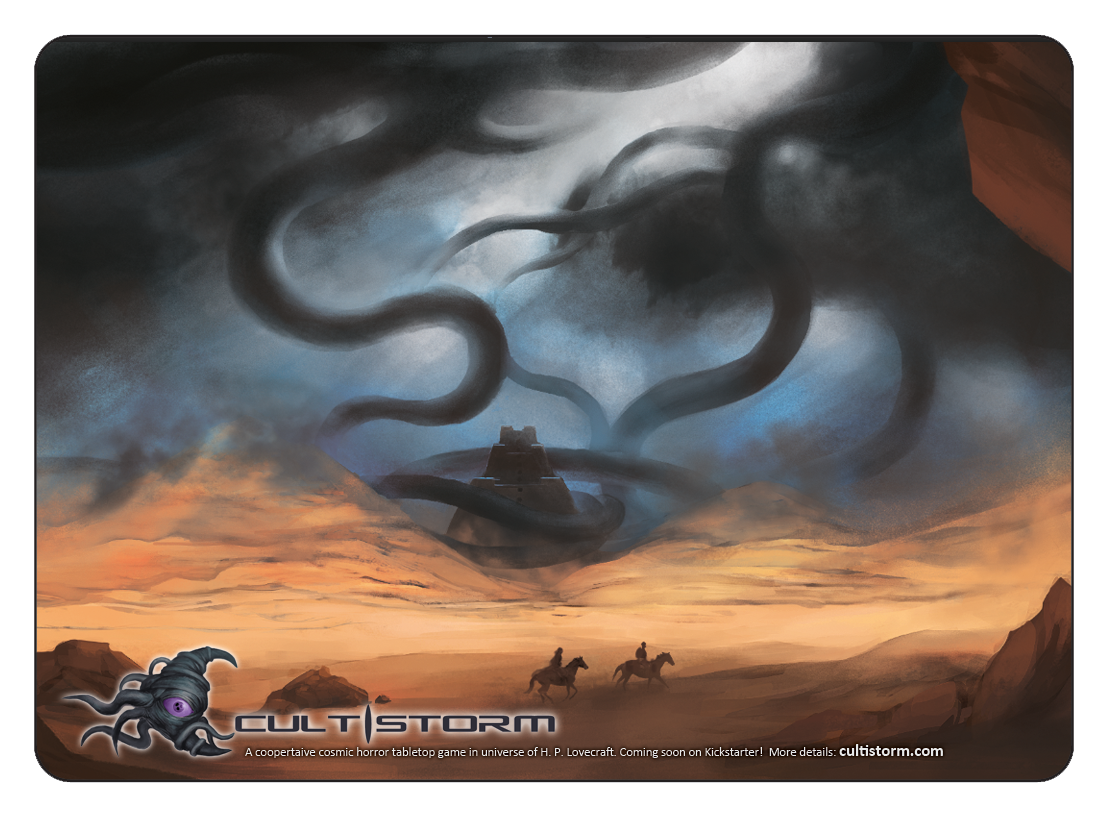 We already see the light at the end of the tunnel!
Scroll to top