These two past months have been pretty busy and not only because of the holidays. We have a lot of things behind us: a country-wide play test campaign, a press release and the Hungarian Board Game Festival (with even more play testing). We are still working on fine tuning and balancing the rules and making the gameplay even more creative. Although the results of the almost hundred very detailed game evaluating questionaires were very promising, we aren’t yet perfectly satisfied with the results, so we’re still perfecting the game.

We’re asking for your patience and understanding because we’d prefer to create a really good and enjoyable gaming experience rather than rush the campaign with a mediocre game.

I remember the first version of Cultistorm ( we are on version 22 at the moment) and when I look at the current one, I see that the difference is breath taking. We’ve created seven smaller and three bigger extensions which bring new elements and mechanism into play and if we reach all our Stretch Goals, the game will have 660 cards in the box, offering a variety of game modes and gaming experiences – it’s astonishing even for me!

We’re also working on creating the background of the game: great short stories are being written and I’ve already finished a third of the  Script Book stories. Graham has finished the Soundtrack album, creating fantastic musical material which has serious artistic value in itself, while Blanka is working on the illustration of the last Stretch Goals and promo cards.

We hope to finish game development in January, finalise and publish the rule book and, if everything goes well, the first introductory and gameplay videos will be released before the end of the month. We would like to run a strong introductory, promotional campaign and our plan is to launch the Kickstarter campaign itself in February. We’re really looking forward to it.

In the name of our whole team, we’d like to say thank you for being with us and for all your comments and feedback, we’d like to thank our testers for all the games and their detailed answers to our questionaires. I believe that we have created a great game and a strong Lovecraftian „experience package” and I believe tha we’re going to have a fantastic campaign and an even more fantasticyear.

We would like to wish you a happy New Year full of good games, happy gaming hours and of course, full of Cultistorm! 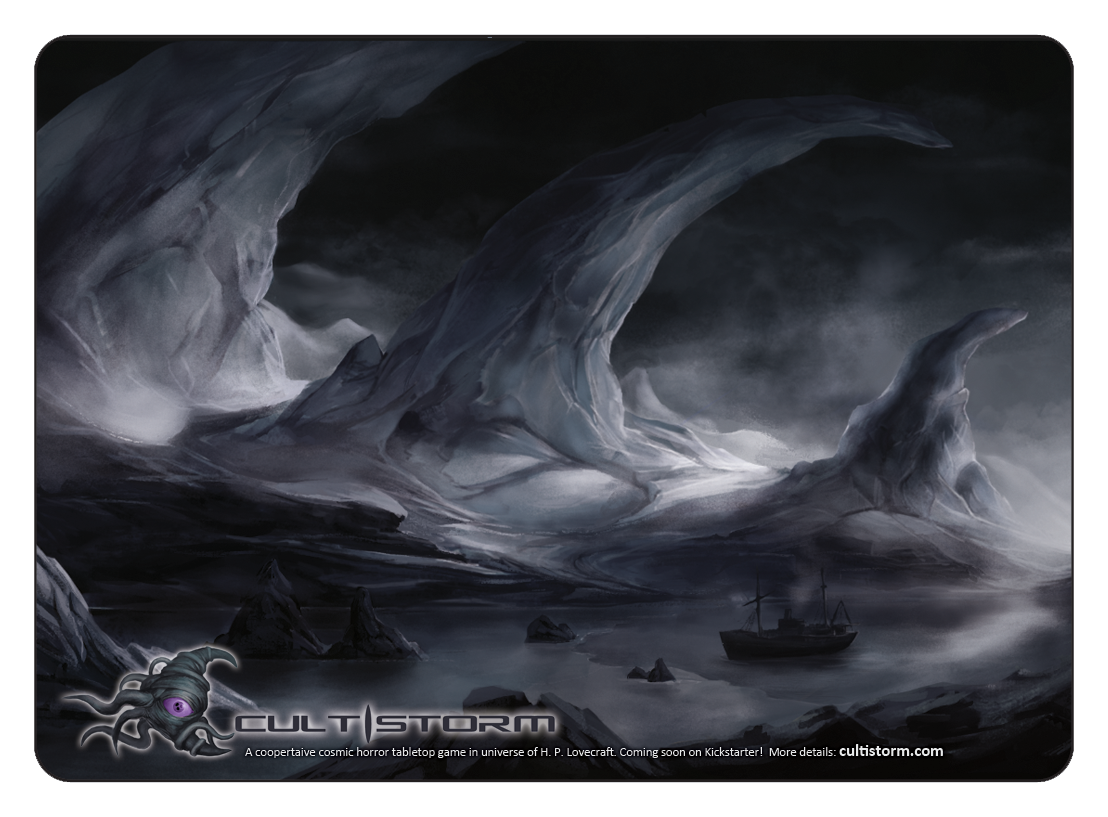 The fate of Promos, Stretch Goals and Exclusive Contents